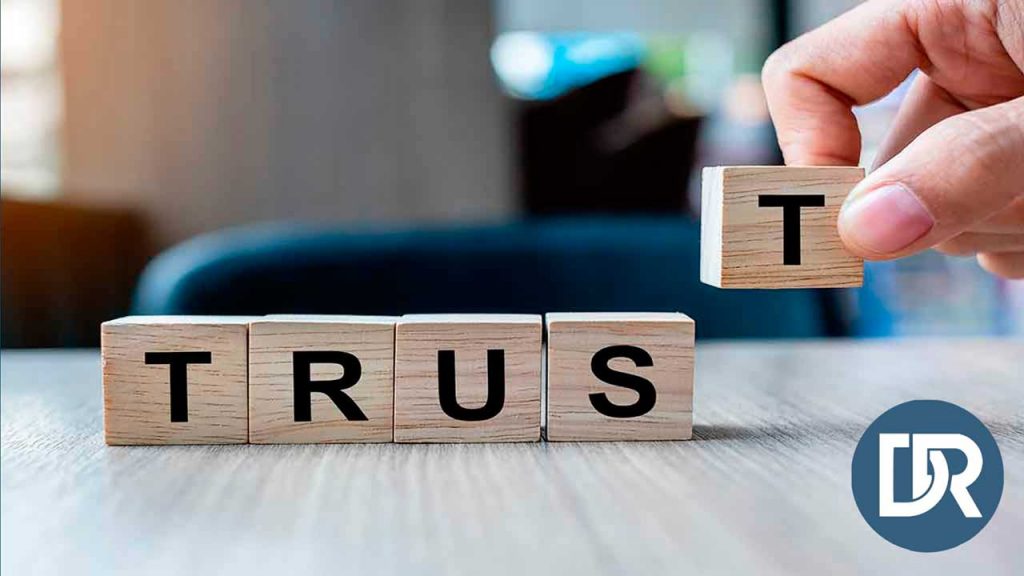 Trust is the Key to Social and Business Success

Relationships are built on trust. Both professional and personal relationships must be built on a foundation of trust if you want them to stand strong for years to come. Some trust is intrinsically established while other times it must be earned. Trust is also based on consistent behaviour that does not waver due to changing circumstances.

Consider the popular team-building exercise of the trust fall. One person stands in front of another, crosses their arms, closes their eyes, and falls backwards without moving their feet, trusting the person behind them to catch them. The difficulty of the exercise depends on trust. Do you trust the person to catch you?

If the ‘catcher’ is your strong and able mother, you probably wouldn’t hesitate. If the catcher is your friend or spouse, you may joke with them not to drop you, but ultimately fling yourself back, unworried. What if it was a coworker you barely knew? Chances are, you would hesitate or even refuse to do the exercise. Why is this? Because you don’t have a relationship with them established on trust as you do with a family member, friend, or trusted associate.

Furthermore, what if they caught you twice but dropped you the third time? Would you lose trust in their abilities no matter who it was? This simple trust exercise illustrates how relationships depend on people’s dependability and ability to come through when it counts.

A business relationship built on trust, however, can drive the economy to new heights. Employees that trust their bosses are more likely to remain with the company. Companies who hold up their end of business deals build stronger, long-term relationships. Customers who feel they can trust your company will be loyal to your brand. Every professional and customer relationship benefits from trustworthy practices.

Our World in Data compiled data to see the effect of trust across the world. In this study, a strong positive relationship was revealed between trust and GDP per capita. For the most part, the more citizens believed people could be trusted, the higher the GDP per capita. Cleary, trust has a huge impact on global economies.

Trust affects society in much the same way it does business. Because trust affects every type of relationships. The bedrock of society are relationships and those relationships are based on the foundation of trust. How citizens rate the trustworthiness of their country’s media, police force, and government leaders greatly impacts social stability. Not being able to trust information or authority can divide a nation, polarize a society and destroy patriotism. The #fakenews outcry sweeping America attests to that.

In the same study, Our World in Data compiled data on how trust varies across borders. European countries show an unusually high trust in their police, but a particularly low level of trust in political systems. Statistics are also fairly consistent about trust between European citizens. Using an 11-point scale, the average response to the question “would you say that most people can be trusted?” was about 6, which equates to “people are mostly trustworthy.” The variation in trust shows that it’s not an issue of whether people are able to trust. Rather, it’s an issue of people or entities being trustworthy.

Trusting Others vs Trustworthiness

When trust exists between people, businesses, and authorities, everyone benefits. But we can’t just decide to trust others. That may improve perceptions, but not reality. To foster trust, we must all strive to be trustworthy. By being trustworthy, people will learn to trust. The more trustworthy people exist, the more our personal, professional, or political relationships will thrive.