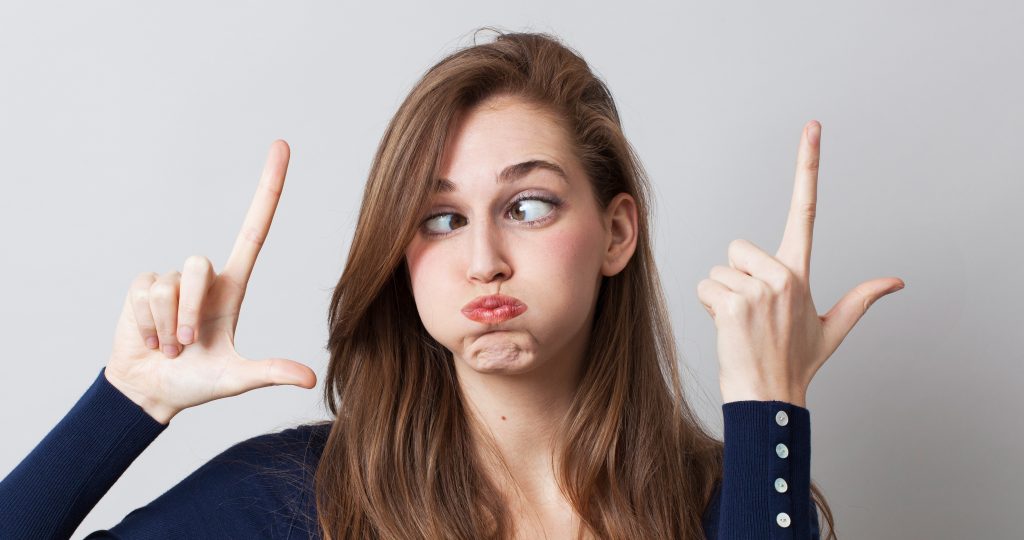 How to read body language for better communication

What are Body Language Pacifiers?

Most people know the word “pacifier” as a calming tool for babies to suck on, which got its name because it literally pacifies a baby. Babies exhibit pacifying behaviors while still in the womb, where they commonly suck on their thumbs. Though thumb-sucking is a pacifying habit we break at a young age, adults still exhibit other pacifiers regularly.

In an article on The Psychology of Body Language, Psychology Today cites numerous studies that prove body language pacifiers are a reflexive response to stress or discomfort that begin in infancy and continue to develop as children adapt as they get older. Pacifiers physically stimulate calmness in a person by triggering the brain to release pleasure-inducing endorphins. Pacifiers, therefore, can be a useful “tell” in determining a person’s emotional state in any business or personal relationship.

What Do Body Language Pacifiers Mean?

Most untrained people misinterpret pacifiers as gestures for when someone is lying. A deception is an act or a decision, whereas body language and microexpressions only hint at a person’s emotions. These emotions, in turn, may suggest a person is deceitful, but they do not signify deception in it of themselves. The same is true of pacifiers.

Pacifiers are hints that a person is experiencing high anxiety or stress. Pacifiers can be viewed as red flags that mean you may need to reconsider your approach. When you see a person exhibiting a pacifying motion, you can ask yourself, “What am I saying that is causing stress for this person?” If you are specifically looking for deception, you can use pacifiers as a guide to inform you when you are getting closer to the crux of the issue. Based on the person’s behavior, you can carefully word your next question to confirm if you are on to something.

How to Identify the Problem Behind Pacifying Behavior

You have identified pacifying body language in a person, but now what? How can you use that information to get to the bottom of the issue? The next step requires careful observation and taking in the whole picture. All you know is that the pacifying action is a natural reaction that tries to suppress a negative feeling. How can you then shift your focus to the big picture?

It is important not to let on that you have caught on to suspicious behavior. By accusing a person of lying or asking accusatory questions, you might spark a freeze-flight-or-fight response that will cause a person to squirm regardless of their innocence. The heightened emotions in response to such accusations or interrogations can muddle the message their body language is projecting. You need to casually pursue your line of questioning and carefully guide the conversation.

Body language hotspots are specific movements that are often tied to tension and discomfort that can hint at the source of the problem, such as:

·        covering the mouth- uncomfortable with answering the question or responding

·        touching the face- soothing action like the touch of a mother

·        clasping the hands, especially around the head- trying to hold in or hide their emotions

·        covering the face- signifies shame or embarrassment, for our sake or others

·        slapping of forehead or neck- self-punishing act for a mistake, usually for forgetting something

·        Pulling or biting the lip- gives the impression of innocence. Can be purposely used to gain sympathy (President Clinton frequently utilized this gesture when under fire for his actions)

o   Interestingly, this can also be an arousing or flirtatious act because it expresses vulnerability, as in, they are willing to be vulnerable with you but, can also be a sign of manipulation

There is a lot to cover when discussing pacifying body language. Learning to read body language and microexpressions can be complex, but it doesn’t have to be difficult. If you want to learn how to uncover a person’s true thoughts and feelings, John English offers a Reading Others Workshop: Discover Truth About Lies. There is limited space for this powerful two-day workshop on reading others and learning to make sense of truth and lies.

We use cookies on our website to give you the most relevant experience by remembering your preferences and repeat visits. By clicking “Accept”, you consent to the use of ALL the cookies.
Cookie settingsACCEPT
Manage consent

This website uses cookies to improve your experience while you navigate through the website. Out of these, the cookies that are categorized as necessary are stored on your browser as they are essential for the working of basic functionalities of the website. We also use third-party cookies that help us analyze and understand how you use this website. These cookies will be stored in your browser only with your consent. You also have the option to opt-out of these cookies. But opting out of some of these cookies may affect your browsing experience.
Necessary Always Enabled
Necessary cookies are absolutely essential for the website to function properly. This category only includes cookies that ensures basic functionalities and security features of the website. These cookies do not store any personal information.
Non-necessary
Any cookies that may not be particularly necessary for the website to function and is used specifically to collect user personal data via analytics, ads, other embedded contents are termed as non-necessary cookies. It is mandatory to procure user consent prior to running these cookies on your website.
SAVE & ACCEPT